White-tailed deer (Odocoileus virginianus) are a native and charismatic species; however in recent decades, deer populations have grown to damaging levels. Historically deer populations were kept in balance by predation from wolves and mountain lions. As those large predators were extirpated by humans, the predation pressure was replaced by pressure from hunters. As the landscape was converted to a more suburban state, hunting became less common and more difficult. As a result, deer populations have increased rapidly to unsustainably high levels. 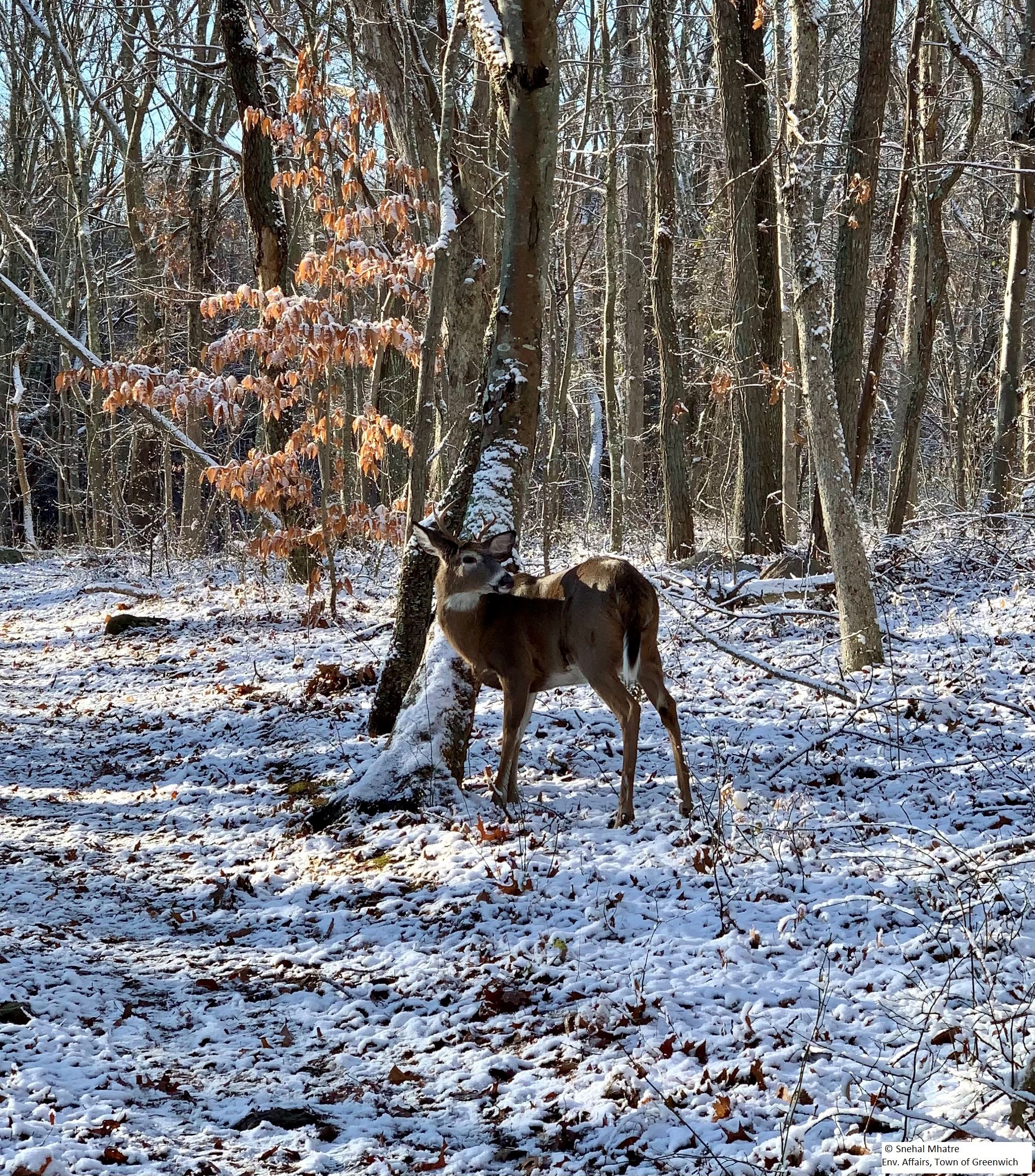 Overabundant populations of white-tailed deer can cause a variety of adverse impacts to both humans and the environment. Each year in Connecticut more than 18,000 deer are killed in automobile accidents which can result in serious injury and even death of drivers. Incidents of Lyme disease have been demonstrated to increase with higher deer populations. Overabundant populations exert heavy grazing pressure on plants in their habitat. This can lead to damage to native plant communities and prevent forest regeneration. In some cases the browsing pressure can be so severe that the entire understory within the deer's reach is denuded. This can compromise valuable understory habitat that is important to songbirds and small game. Deer can also become a nuisance to homeowners as they readily feed on ornamental plantings and vegetables.

Between 2002 and 2004, the Greenwich Conservation Commission worked in cooperation with CT DEEP and UCONN to investigate the status of Greenwich's deer population and to evaluate potential population management strategies. The study found that deer densities in Greenwich were well above the ecological and cultural carrying capacity. In the Conservation Commission's report on the study, CT DEEP wildlife biologist Howard Kilpatrick recommended reducing "Greenwich's deer population to an environmentally and socially acceptable size estimated at less than 26 deer per square mile within three to five years." In 2004, following recommendations laid out in the report, the Town hired White Buffalo, a wildlife management consulting service, to conduct a deer cull on the Babcock Preserve, Griffith E Harris Golf Course, Pomerance property, and the Montgomery Pinetum. During the operation, 90 deer were removed from the 4 properties in 3 nights. The Conservation Commission has worked to continue monitoring Greenwich's deer population and is considering additional controlled hunts and culls in the near future.

For more information on municipal deer management in CT: