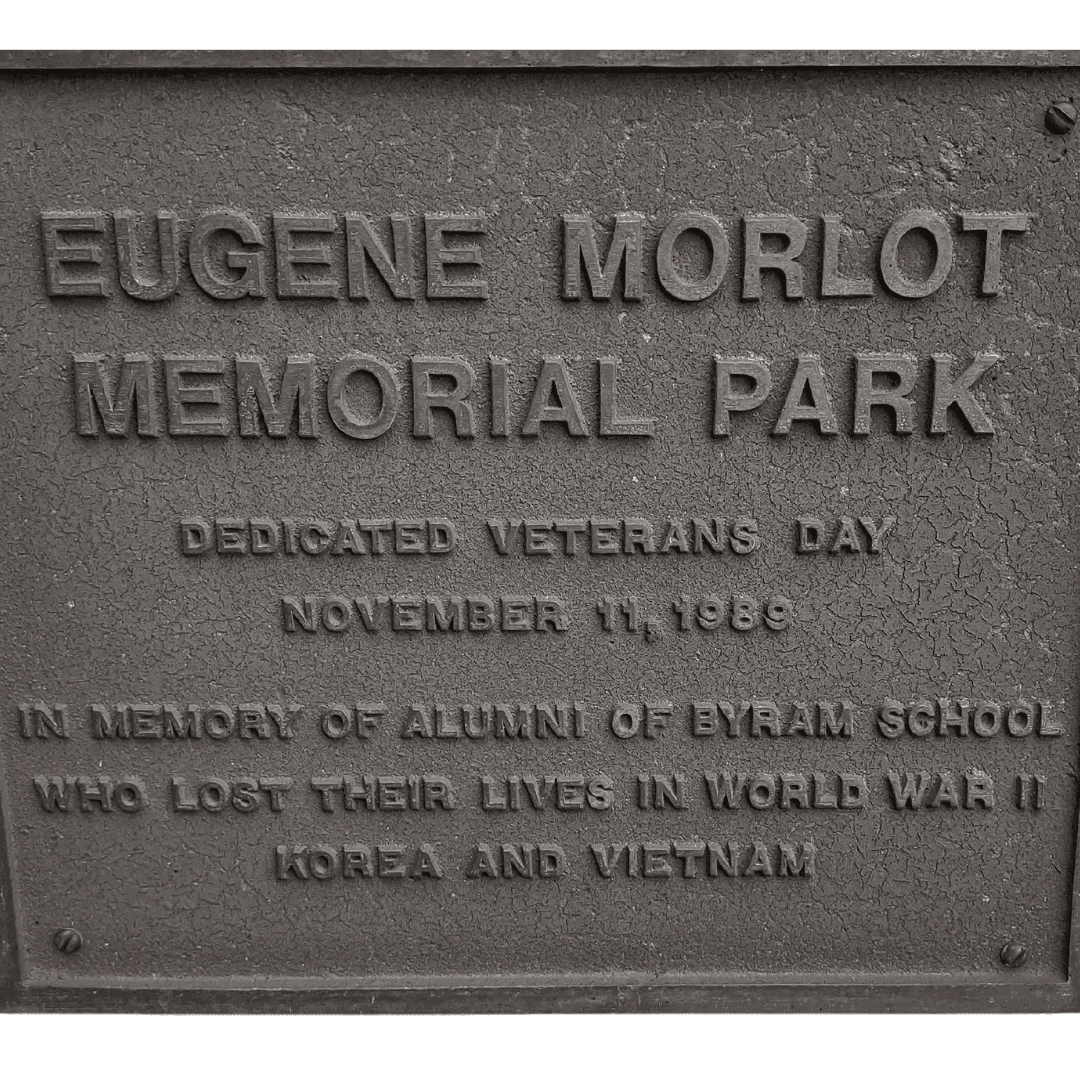 During World War Il, Eugene Morlot was a custodian at Byram School (now McKinney Terrace) who wanted to honor former Byram School students who were killed in action. He raised funds to purchase and plant trees in a grassy area near the school to honor ten students who died during World War ll. Sometime later, three additional trees were added to honor former students killed in the Korean War and in the Vietnam War. At some point, brass nameplates in concrete bases were placed at each tree.

In 1978, the Byram School was closed and the trees and markers were set to be removed as part of the renovation of the area. The Byram Veterans Association and the 9th District Veterans of Glenville petitioned the Town to save the memorials. Mr. Frank Keegan, Director of Parks and Recreation at the time, worked with the veteran associations to clean up the area and install a flagpole and memorial plaque. On November 11, 1989, the Eugene Morlot Memorial Park was named in a ceremony led by Mr. Keegan.

While the park had carried the name for a number of years, the administrative part of a formal naming in the Town’s land records had never been completed.

On November 23, 2021, the Board of Selectmen voted to approve the naming resolution.  On February 24, 2022, the Park was filed in the official Town Land Records.