COVID-19 Information Due to COVID-19, operations at facilities have been altered. Check here for facility status CLICK HERE...

Bring Back the Democracy Cup

Let’s work together to bring the Democracy Cup back to Greenwich!

In 2016, Greenwich had the highest turnout of any large municipality in CT.  Over 85% of registered voters came to the polls.  The Secretary of the State awarded us with the Democracy Cup in honor of this achievement.

In 2018, Greenwich turnout, while still high, was not as good as West Hartford, and we had to relinquish this honor.

In 2020, it’s time we bring the Democracy Cup back to Greenwich.  You can help make this happen simply by casting your vote in November!

In addition, the Greenwich Registrars have created our own Greenwich version of the Democracy Cup, the Greenwich Turnout Trophy.  This award was granted for the first time in 2019, to the District which had the highest turnout in Town. District 5 garnered the honor.  Below is a picture of the Turnout Trophy being held by several of the proud poll workers who serve in District 5. 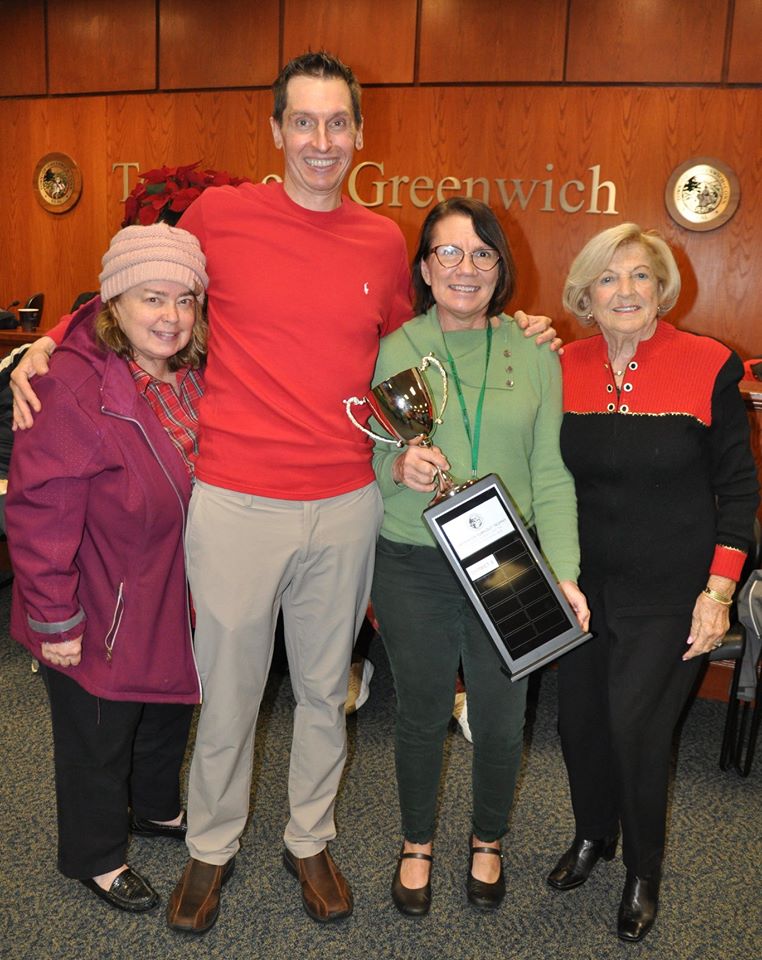 Won’t you be sure to vote and and help your District, your Town, and your Democracy!